Is Mexico paying for Trump’s wall?

During his 2016 presidential campaign, Donald Trump declared that if elected he’d build a wall along the US-Mexico border and have Mexico pay for it.

Trump publicly announced various estimates for his border wall. The cost estimates ranged from $8 billion to $25 billion in 2018, a figure that was requested to US congress that year, and one of the reasons for declaring one of the longest government shutdowns lasting over a month until January, 2019.

Some of Trump’s arguments pointed at how a new USMCA trade agreement with Canada and Mexico would somehow cover the costs for the wall. Or that adding a tax on remittances would cover the cost of his border wall.

The math behind Trump’s Mexico will pay for the wall arguments may be flawed and we may never know the actual cost of a 2000-mile fortified wall. However, Mexico has been pressured to comply with Trump’s anti-immigrant demands.

Through different strategies, the U.S. federal government has reduced the number of asylum seekers and migrants coming through its southern border.

U.S. asylum requests have been denied more frequently in recent years, reaching their highest denial rate since 2012. In 2018, 65% of asylum requests were denied in courts.

In June, President Trump threatened to impose import tariffs to its southern neighbor if Mexico didn’t drastically curb the flow of immigrants through its territory within a 45-day period.

This “deal” also required Mexico to begin talks with the U.S. on a “safe third country” agreement that would obligate asylum-seekers from Central America to request asylum in Mexico⁠—forfeiting the possibility of asking for asylum in the U.S. for Guatemalan nationals, for example. Such agreement has yet to go through Mexico’s Congress and be approved. The U.S. government has sought the same agreement with Guatemala.

By that point, the U.S. had returned over 50,000 asylum-seekers to Mexico to wait for their court hearings, for a period that can last months with the current backlog in asylum applications.

Mexico at a crossroad

Mexico, threatened with imposed tariffs by the Trump administration and overburdened with the recent influx of migrants from Central America, is at a crossroads for finding solutions with its neighbors north and south.

Foreign minister Marcelo Ebrard has acknowledged the poor and overcrowded conditions where migrants are held in one of 60 detention centers in the country — in some facilities nearly 5 times over capacity. In a Chiapas detention center, some 400 migrants were detained in a space designed to hold 80 persons.

Mexico is also facing increasing pressure to ensure the protection of human rights for migrants and asylum-seekers passing through the country. In order for Mexico to sign a “safe third country” with the United States, both countries should pay attention to the current human rights violations migrants are exposed to as they transit through Mexico.

Seeking to address a core reason for migration, Mexico is investing $100-million dollars in agricultural and forestry projects in Central America to create jobs. A similar program is currently being tested in Mexico’s rural regions called Sembrando Vida (Planting Life).

In its first year in operation, the program is employing over 250,000 agricultural workers in a combined area of over 500,000 sq. km. to grow maize and other products, including fruits and wood using sustainable agriculture methods.

Although the construction of a wall has not come to fruition under Trump’s presidency, political pressure on Mexico has proved to be a good strategy to curb migrants from coming into the U.S., at least temporarily.

In recent weeks Mexico has been pushing back, capping the number of U.S. asylum-seekers that can be sent into Mexico to wait their court hearings.

As climate change, a lagging economy and social unrest continue to be leading causes of migration in in Central America, both the U.S. and Mexico may be better off joining forces to address root causes of migration, instead of considering building walls, and whether Mexico will pay for those walls. 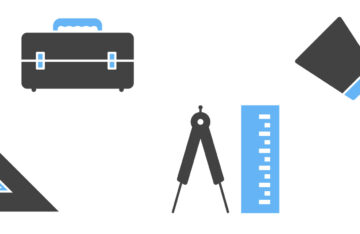 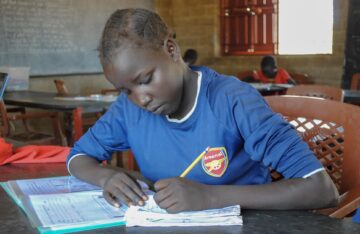