This article was published during my time at 100 Resilient Cities.

Cities in the 100 Resilient Cities network are embracing the use of information and technology to improve the livability of cities. Due to the growing interest in open data, the Internet of Things (IoT), and increasing use of sensors, cities are collecting and using data to plan for a multitude of resilience challenges, and inviting the civic and private sectors to take part in the process.

Large U.S. cities like Los Angeles, San Francisco, and New York have open data portals in which various types of information are published: data sets on active building permits, crime incident locations, traffic statistics, earthquake fault zones, among many others. In October 2018, 100RC hosted a three-day CoLab in New York to explore potential data-driven solutions to city services. London has been measuring issues that are less tangible, such as social cohesion. One of the city’s key metrics, that 84% of Londoners get along well with neighbors from different backgrounds, is based on interviews with local residents. The city also utilizes measures of factors such as overall life satisfaction and food security, providing critical insight to program and policy design (source).

Singapore applies its urban data toward planning new city sectors. The city’s Punggol neighborhood is a great example, designed by the Housing & Development Board (HDB), the city’s public housing authority, with both environmental and affordability concerns in mind. Data inputs such as wind flows, solar radiance, and the height of buildings were utilized to select the best locations for amenities as wide-ranging as parks, public plazas, childcare centers, and playgrounds. These all converge to allow children to be outdoors throughout the day, according to urban planner and HDB CEO Cheong Koon Hean.

Fig. 3. Wind and solar radiance modelling of the Punggol eco-town in Singapore.

Cities elsewhere are turning to data more than ever before to help solve pressing resilience challenges. The cities of Miami and Miami Beach recently received grants to develop a visual platform that will allow residents to see for themselves the impacts of rising sea levels on buildings and to plan accordingly for that future (source). New York City is working to coordinate a new level of data integration among its many municipal agencies, with the immediate goal of creating a 3D map of all underground assets. Greater Manchester’s Smarter City Programme has been working with stakeholders across six key themes to improve city operations and residents’ quality of life. Using artificial intelligence and machine learning, the CityVerve consortium is optimizing bus schedules, preventing overcrowding on public transportation, and reducing journey times (source).

It is estimated that by 2025 there will be more than 80 smart cities in the world (source). Advances in innovative technologies are dramatically changing both how cities operate internally and how they are interacting with their constituents. Yet how does the average person access urban data and make sense of it all?

Alex Dodds of the Sunlight Foundation suggests that it is the city’s role to not only inform its residents of progress through the use of statistics and data, but to also use those assets to create a common understanding and shared narrative (source). Dodds uses a Tactical Data Engagement process to bring data to the community level. By engaging with residents from the beginning, the process helps identify use case scenarios for data and build consensus on possible interventions.

The Urban Institute (UI) also uses in-person workshops to communicate data and findings with community members. In what UI developed into a Data Walk, community members are prompted to react to a simple visualization of statistics published by their city, allowing the organization to gather feedback directly from end users of public services, based on their personal experiences.

Fig. 4. A Data Walk session uses simple graphical data to prompt citizens to react and express their personal viewpoints on the data related to an urgent issue they are experiencing in their city. Fig. 5. As cities develop their resilience strategies, 100RC uses a Perceptions Assessment tool to report back to city leaders how their initiatives match citizens’ perceptions. Fig. 6. A City Resilience Index (CRI) graphic for Santiago, Chile. The CRI is a way for cities to assess qualitatively and quantitatively the city’s resilient qualities.

While many cities in North America and Europe produce an overwhelming amount of data, cities in the Global South often face a data challenge of a different kind. Approximately one-third of the world’s urban population currently living in informal settlements, making it crucial to understand the context of this sector. In cities where neighborhoods were built informally, where the legal status of building ownership is blurred, and where the local economy is mostly driven by cash transactions, data collection requires more on-the-ground methods.

In cities like Surat, Semarang, and Porto Alegre, 100RC has partnered with the World Resources Institute (WRI) to assess the preparedness of informal communities in facing climate risks. WRI’s Urban Community Resilience Assessment (UCRA) tool has been utilized to collect census-like data related to the quality of urban services, as well as individual perceptions on the vulnerability of communities to floods, landslides, fires, or earthquakes (source). With its heavy emphasis on technical aspects, UCRA also measures social indicators like the size and strength of informal social networks in a given community: how well neighbors know each other. This metric helps determine how well a community will adapt and recover from a given emergency, given that cohesive communities are more likely to help each other in times of a disaster.

As cities continue implementing data-driven projects and smart city agendas, it is key for city officials to consider not only the collection and publication of data, but also engaging with citizens in data analysis and related resilience benefits. MIT’s Urban Risk Lab has taken this concept to a new level with a platform to crowdsource data collection and tools in times of flooding. Urban Risk Map, beta-launched in Florida in response to Hurricane Irma, is operational in Indonesia and Semarang, and harnesses social media and real-time reporting to aggregate flooding data into a map interface.

As the field of urban resilience continues to evolve, the factor which remains constant is community engagement. The situation is no different when it comes to data. Urban residents are key stakeholders for the collection and use of data, and their contributions are critical when applying that data to urban planning processes. 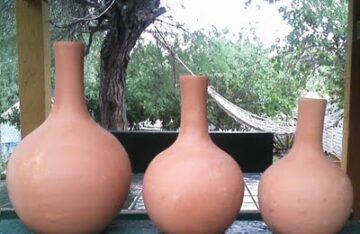 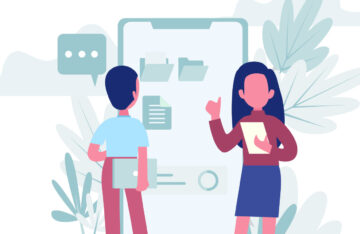 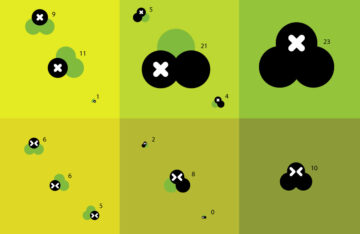